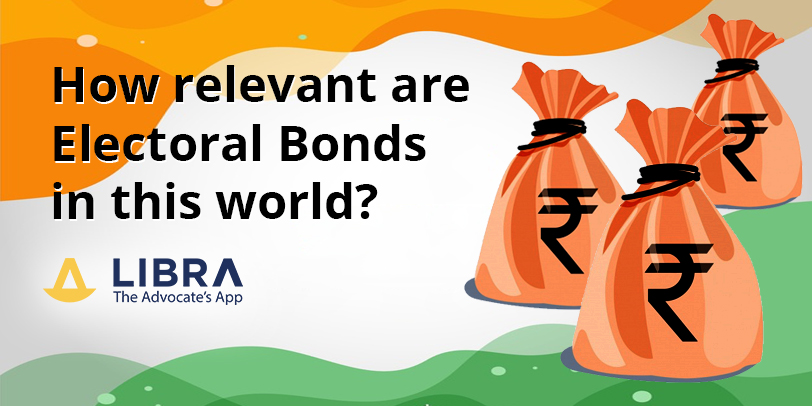 How Relevant are Electoral Bonds in this world?

India is the world’s largest democracy, and while efforts have been made several times in the last couple of decades, we are yet to function according to a transparent political funding system. Elections and political parties form the basis of a democracy such as ours, and the truth of the matter is that elections cost money and this is why knowing where this money comes from proves to be so important. As parties have functioning offices all over the country, maintaining such a party year in and year out ends up costing a lot of money.  Besides this expenditure, parties also need funding to undertake election campaigns and publicity tours. Such expenses exceed hundreds and thousands of crores but still there has been no transparent establishment founded to oversee their execution.

The Union Finance Minister, Shri Arun Jaitley has time and time again stressed the importance of electoral bonds. Here’s a look at the role that these bonds will play in the elections and also the concerns that have been raised against them.

While parties usually rely on donations, they may come from a large variety of sources, including political workers, sympathisers and even large industrialists and economists. The sources remain anonymous and the amount of money supplied is never disclosed.  This is a wholly non-transparent system that makes cleaning up the political funding mechanism extremely difficult.

How do they work?

The scheme was introduced in 2018 and has received severe criticism by even a former Chief Election Commissioner. When a voter does not know who funds a party, he or she is not in the best position to decide whether to vote for the party or not. This is the primary concern raised by the opposition against the scheme. The electoral bond scheme, according to them, is asymmetrically opaque as due to the involvement of the SBI, the government has information regarding the identity of the donor. This skews the scheme and enables it to be in favour of the political party in power. Recent changes have also led to the elimination of a cap of 7.5% of profits over the last three years which was prevalent before. This coupled with the removal of the need that corporations must identify themselves has made it more difficult for voters to choose the rightful candidate making the entire democratic process slightly less democratic. The Supreme Court has asked all parties to submit accounts regarding bonds to the Election Commission by May 30. A petition filed by the NGO, Association of Democratic Reforms (ADR) was heard by the SC, and the decision aims to remove some of the inherent anonymity associated with the scheme. A study by ADR revealed that electoral bonds helped national parties, with the BJP being the biggest benefactors of the scheme. Of the Rs 215 crore raised in early 2018, BJP secured Rs 210 crore.

India’s election expenses run up to such large extends that they are among the highest in the world. Allowing some form of donor anonymity is necessary to make sure the funds required to flow into the country, enabling such elections to take place. While criticism has poured in from multiple sources, studies have shown that the SBI has sold bonds worth Rs 1,716 crore in January and March this year signalling that the scheme has been mostly successful with several parties opting for this route in funding.