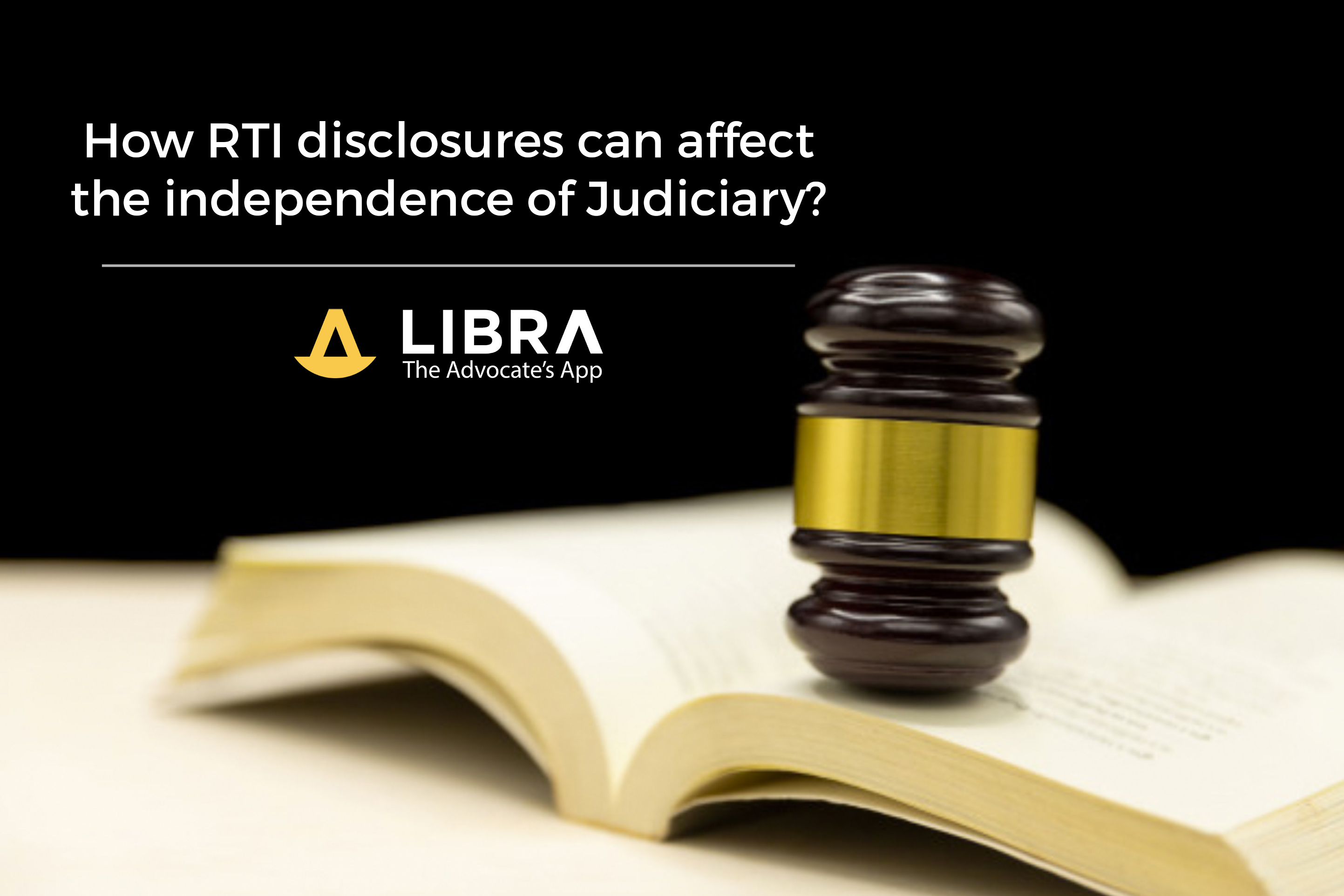 How RTI disclosures can affect the independence of Judiciary

The Supreme Court recently began the retrial of the hearing regarding the scope of applicability of the RTI Act concerning the judiciary. One of the leading cases that are being talked about and for which people are asking for full disclosure is the one regarding the appointment of  Justices H. L. Dattu, A. P. Ganguly and R. M. Lodha by sidestepping A. P. Shah, A. K. Patnaik and V. K. Gupta in 2009. Attorney General K. K. Venugopal had the following to say regarding the RTI Act, ” It is indeed extremely idealistic. But there is no reference at all, to the right to know as the Act is based off Article 19(1)(a) which has not been referred to at all. Restrictions can be placed on the right to know by a law. That law is in existence since 2005, and a new environment has come into existence by passing this law which invokes the constitutional provision”.

He also pointed out that there was no such law in 1981 and since there is no reference to Article 19(1)(a) alone, the court will have to be careful with its judgement so that the Act will not cause any direct interference to the sanctity of the judiciary. Here’s a look at what the RTI is and how it may interfere with the working of the judiciary system in India.

All judges agree that when it comes to the RTI Act, there has to be a balance between the notion of public interest and when and where non-disclosure must be practised so as to safeguard the best interests of the ones involved in the case. Several Acts, for instance, the Official Secrets Act, prohibit disclosure of sensitive information and in many cases work in tandem with the RTI. An application under the RTI seeks to determine to what extent the non-disclosure agreement can be bent, and what all facts can be published to the public.

As per the RTI Act, ‘Information’ is any data in existence whose final form has been hidden from the individual who seeks disclosure for this data which can be in the form of a document, memo or even an email.

What the Activists Want

Legal aficionados and activists believe that the courts must become more transparent to the public as this helps build trust. The report ‘Tilting the Balance of Power’ by the groups Satark Nagrik Sangathan and the Research, Assessment and Analysis Group, shows that prior to the RTI law the judiciary was responsible for promoting the public’s right to information and that since the advent of the RTI, they have shifted their perspective. In 1975, the Supreme Court even passed a judgement that made the right to information a fundamental right for every Indian citizen.

The RTI makes the Supreme Court and high courts not only the providers of justice but also public authorities that owe information to the public. The report states that the Act is facing a lot of flak from lawyers, judges and other officials as it questions the proper functioning of the judicial system.

The last decade has witnessed the filling of umpteen RTI applications with five such matters even reaching the Supreme Court. Three such cases required the setting up of a constitutional bench which has not yet been done. The other two were dismissed without a doubt by the apex court leading many to believe that the courts are being unfair in matters related to making the information public. While this is one side of the coin, most experts in the field of law feel that such verdicts help keep the Judiciary separate from internal politics and think that some sort of secrecy regarding why specific orders were made is necessary to maintain the judiciary’s independence.

One applicant wanted to know how much money each Judge spends on his medical bills and the SC was quick to point out that how the government chooses to spend its money does not serve as personal information to any individual and hence dismissed the plea. Judges also argue that certain information erodes the credibility of the decisions made by the constitutional bodies and hence must be kept away from the public eye.

But there have been instances wherein even courts have wanted the judiciary to be more open. This is a verdict passed by a three-judge bench in the Delhi High Court.

“A judge must keep himself absolutely above suspicion, to preserve the impartiality and independence of the judiciary as well defined and publicly known standards and procedures complement, rather than diminish, the notion of judicial independence. Democracy expects openness and openness are concomitant of a free society.”

Whatever may be the outcome of the retrial for the Act, it is imperative that we maintain the right balance between the independence of the judiciary and the fundamental right of individuals to freedom of expression and information. If the information sought for interferes with the functioning of the judiciary, it serves best for it to be kept under wraps so as to maintain the dignity of the law and order system prevalent in our country.