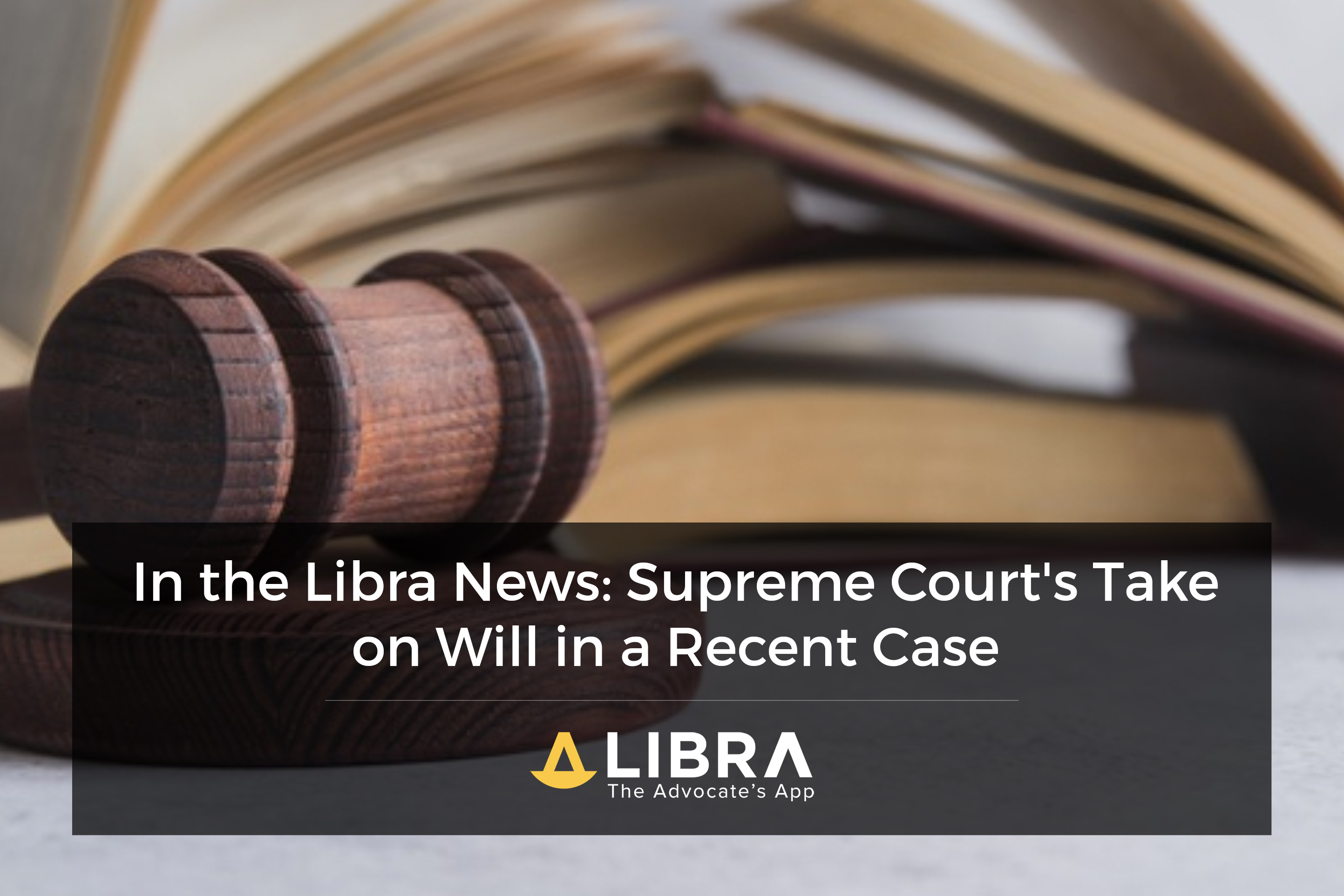 In the Libra News: Supreme Court’s Take on Will in a Recent Case

A will is a legal property that deals with the disposition of property and is made by a testator so as to take effect after his or her death. While it is not valid while he or she is alive, following his or her death, a will helps decide how property is handed down and may be seen as a legal document that authenticates succession. There are many laws in India that deal with the propagation and procurement of wills and sometimes the sheer amount of legal documentation regarding the rules and regulations that govern the making of a will can get quite confusing. That’s why here, we will be taking a look at the most important things we have to remember about wills and what the Supreme Court’s stand has been about them in recent years.

Here’s a look at all the different kinds of wills the court allows and recognises and what each one is meant for and how they work.

It becomes active only when a particular incident or contingent as mentioned in the will occurs. Works like a conditional clause in programming and occurs as the end result of a situation.

Made by the two or more people who agree on how property and other shares should be split. The will clearly demarcate how everything should be handled and does not result in any joint ownership unless explicitly mentioned.

This is a kind of will wherein two different testators offer and procure mutual benefits to each other by writing a will.

Used mainly for safety purposes wherein the testator feels that the original may be tampered with after his or her death. The testator keeps a copy of the will, while the other is handed over to a bank or trustee who safeguards it for the testator. If the testator’s text is misinterpreted or destroyed or tampered with, then the copy comes into power and is declared the document within whose jurisdiction the property disposal falls. While storing and making copies, it must be noted that both copies have to signed and attested by notaries and the testator himself or herself.

The will that is prepared by soldiers and other military staff who might not have the opportunity to make one while at home. This will may be orally dictated and requires less paperwork than standard wills owing to their unique line of work that prevents them from getting enough time to make one properly.

In Case of No Will

The SC has laid out the following regulations for cases in which no specific will has been made.

If no will lays out rules regarding the disposal of property, then:

The SC also gives a list of people who are eligible to make a will. They are as follows:

As per Section 62 of the Indian Succession Act a Will may be altered or revoked anytime when the testator is competent to do so. Section 67-73 handles the laws regarding the same, and the ways to do so are by:

The SC took a landmark decision in the Bhura v Kashi Ram case by deciding that when dealing with a dispute, the court must put themselves in the position of the testator. In Navneet Lal v. Gokul & Ors, they felt that considering the surroundings is essential while making a judgement. However, such factors work as an aid and must not be the final criteria while deciding the fate of the ones who have made a claim. The Court must not speculate but instead must interpret keeping in mind the intention of the testator.

While the Court is now making its stand clear with regard to various types of cases, more needs to be done to make these decisions a way of life rather than just a part of the legislation. Recognising the issues faced by minorities and accepting that in some instances, laws that have been around for centuries might not work are essential factors that need to be weighed while making a judgement. The ball is back in their hands, and it is high time we make things clear with regard to the government’s stand on specific issues.

Published in legal news and LIBRA