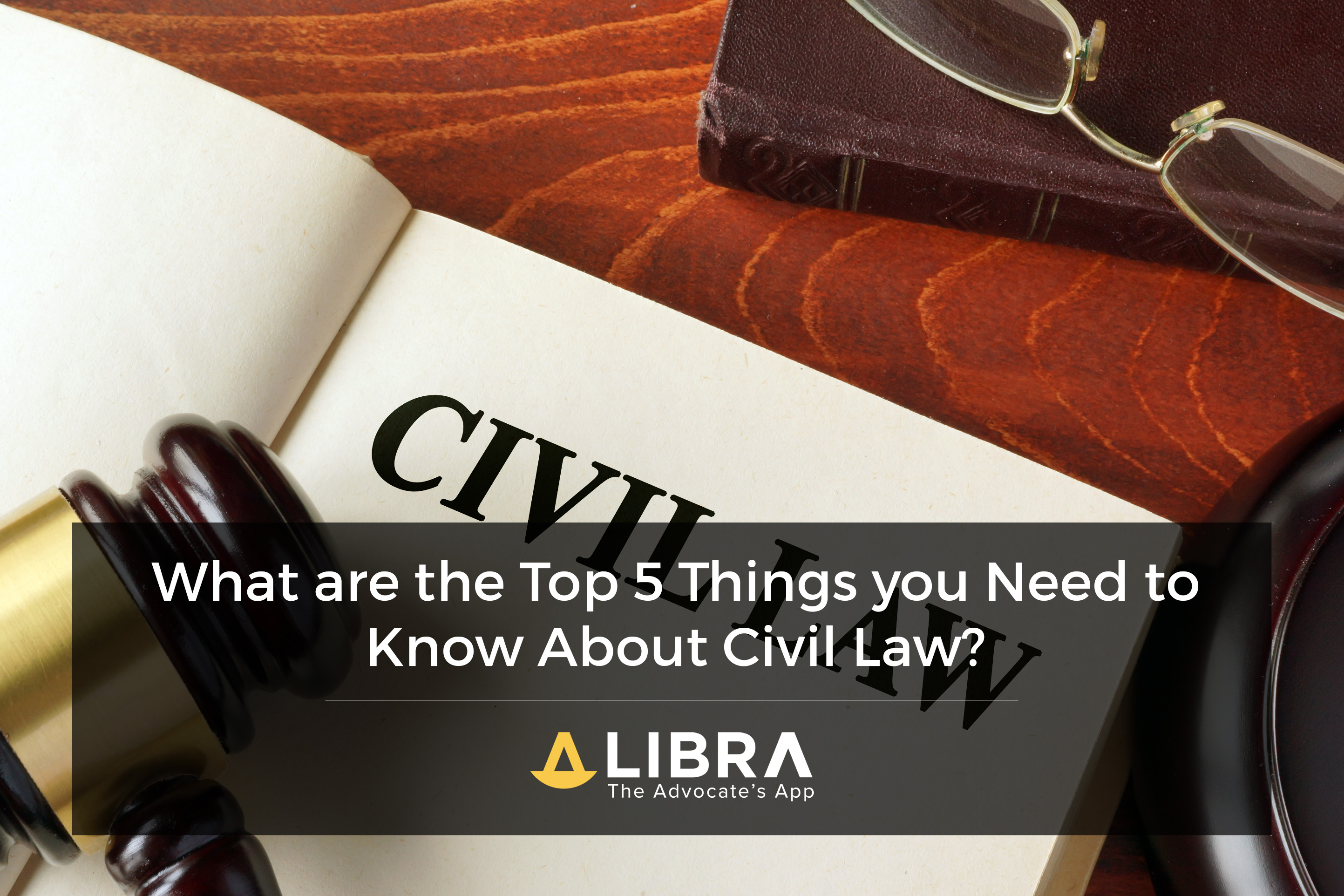 What are the Top 5 Things You Need to Know About Civil Law?

The judiciary in a country is mainly of two types. One that deals with the hearing and judgement of criminal cases regarding murder and assault and the other that deals with civil matters. Civil courts function as a government institution that works on fights between families and entities who cannot come to term regarding a separate issue. Both are typically heard in the same courthouse that tries criminal cases. In many cases, certain cases such as assault may even be tried in both the courts. Here’s a look at five things you need to know about civil laws in India.

Civil cases involve private citizens, enterprises, government institutions, and any firm or individual or even any combination of them. The function of such a court is to figure out the liability of the parties involved and judge whether the injury that has been meted out to them deserves any compensation from the side of the perpetrator. Here’s a look at the major kinds of cases and how the process works as a whole.

A civil law court brings together people and enterprises and then attempts to resolve their issues in a peaceful and orderly fashion.  They hand out judgments related to monetary compensation and even have the power to prevent the launch and marketing of certain defective products or services.

All About Class Action Suits

Published in legal, Technology and tips and guides